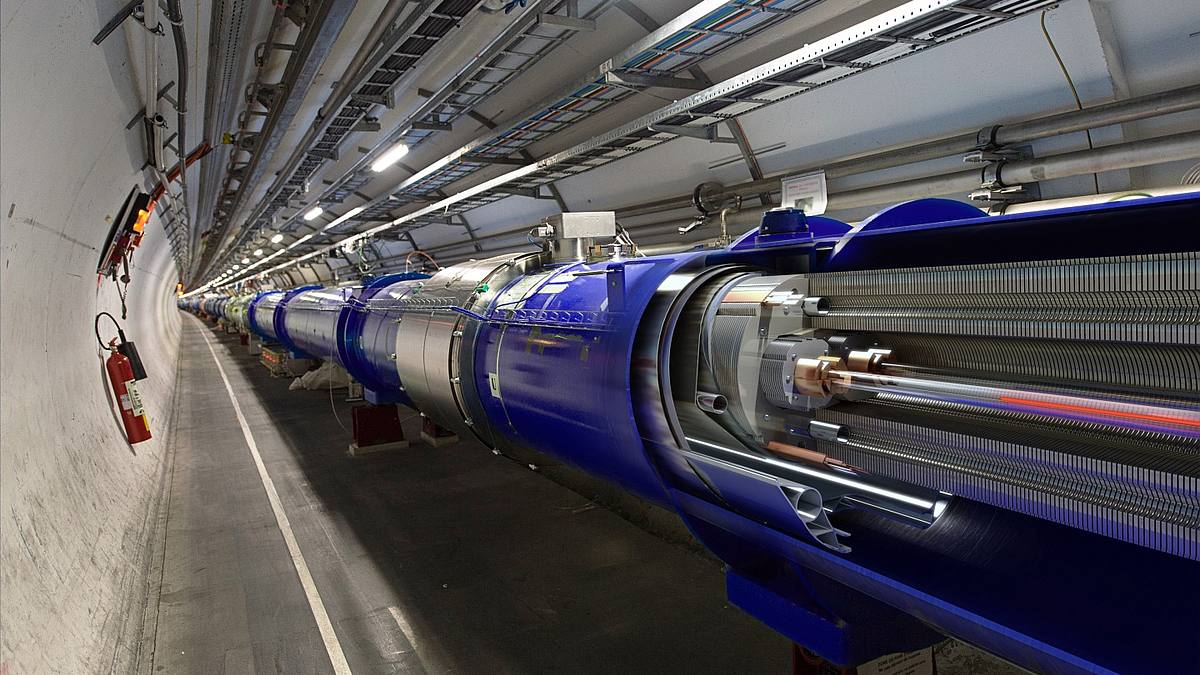 With its proton beams, the newly enhanced Large Hadron Collider (LHC) set a new world record. The LHC, which is housed at CERN near Geneva, Switzerland, reopened on April 22 after a planned three-year sabbatical during which the facility was upgraded. These improvements are already being put to the test, and the LHC has already broken a previous record in restarting and preparing for its new working phase, known as Run 3. This particle accelerator is the world’s biggest and most powerful. The LHC accelerated protons to higher energy levels than ever before in a test run done shortly after it was turned back on.

In a tweet on its official handle, CERN wrote, “Today the two LHC pilot beams of protons were accelerated, for the first time, to the record energy of 6.8 TeV per beam. After restarting LHC, this operation is part of the activities to recommission the machine in preparation of LHC Run3, planned for the summer of 2022.”

CERN also shared a video with the tweet. Jorg Wenninger, Head of the LHC Beam Operations Section, was heard in the video explaining that this was the start of the LHC’s long commissioning phase after the upgrades, with the first collision expected in six to eight weeks.

Today the two #LHC pilot beams of protons were accelerated, for the first time, to the record energy of 6.8 TeV per beam. ????

After #restartingLHC, this operation is part of the activities to recommission the machine in preparation of #LHCRun3, planned for the summer of 2022. pic.twitter.com/8NZ6nNJSVf

Since December 2018, when it was shut down for maintenance, the LHC has been idle till now. It works by accelerating two beams of protons in opposite directions. These high-energy beams clash, allowing particle physicists to probe the far reaches of the physical universe and even uncover previously unknown parts of physics.

The energy of the LHC’s proton beams was anticipated to grow from 6.5 TeV to 6.8 TeV thanks to improvements made during the planned closure. In terms of kinetic energy, one TeV is equal to one trillion electron volts and about equals the energy of a mosquito flying. While this may appear to be a modest quantity of energy, it is a huge amount of energy for a single proton.

The LHC, which began operations on September 10, 2008, is the most recent addition to CERN’s accelerator complex. It is a 27-kilometer circular tunnel of superconducting magnets with a number of accelerating structures to raise the energy of the particles along the way, and it is located underground.