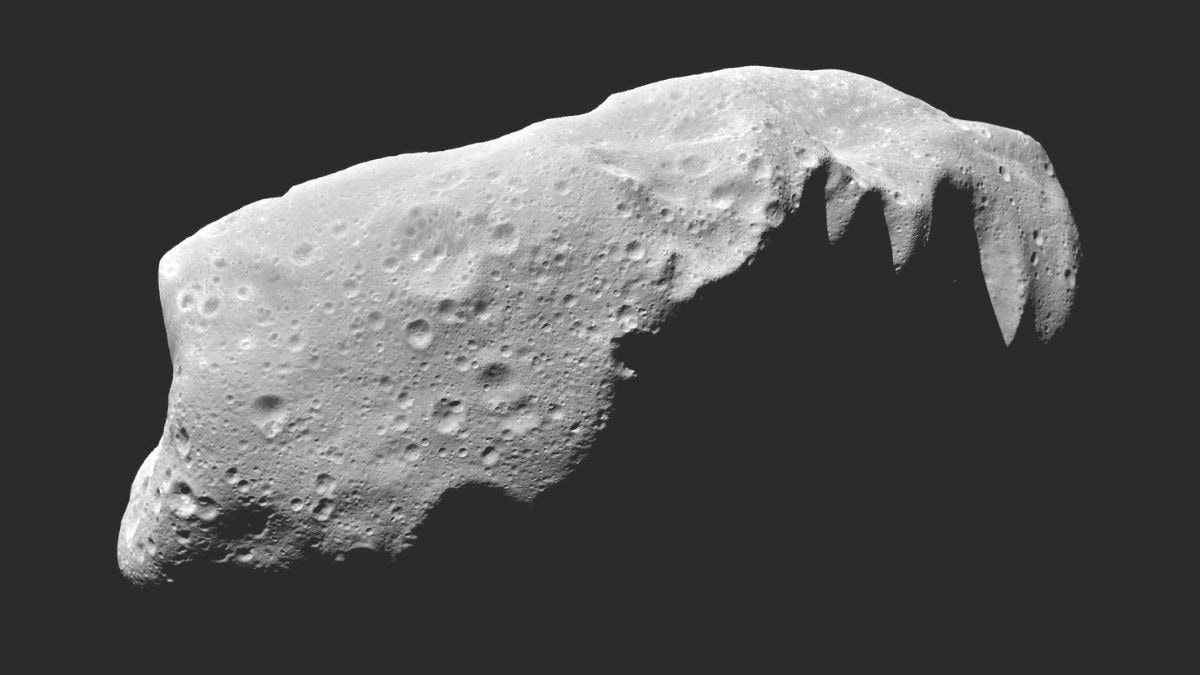 Imagine an asteroid that is four times as big as the Empire State Building. Now, imagine it hurling through space at a speed of 47,200 mph (76,000 km/h), which is 20 times faster than a bullet. This is how an asteroid is speeding towards Earth. This asteroid, named 7335 (1989 JA), is estimated to just whizz past our planet on May 27. It is estimated to make a close approach at 2.5 million miles (4 million kilometres) from Earth. That is 10 times the average distance between Earth and the Moon.

As per a report by LiveScience, NASA has classified the asteroid as “potentially hazardous”. This means that if the asteroid ever changes its orbit and impacts the Earth, it could do enormous damage to the planet.

Currently, NASA tracks more than 29,000 near-Earth objects (NEOs). These are a group of astronomical objects that pass within 30 million miles (48 million km) of Earth’s orbit. According to NASA, asteroid 7335 (1989 JA) measures larger than about 99 per cent of NEOs.

NASA monitors these “potentially hazardous” objects and tracks them along their path to predict a close approach or an impact on Earth. There has been research to find ways to deflect NEOs that may potentially collide with the Earth. A noteworthy feat in this direction is NASA’s Double Asteroid Redirection Test (DART), which was launched in November 2021. This is set to collide with the 525-foot-wide (160 meters) Dimorphos asteroid in Autumn 2022. The collision is not meant for destroying the asteroid but to merely change its path so that it does not hit Earth.

Scientists Discover How the First Quasars Formed in the Early Universe