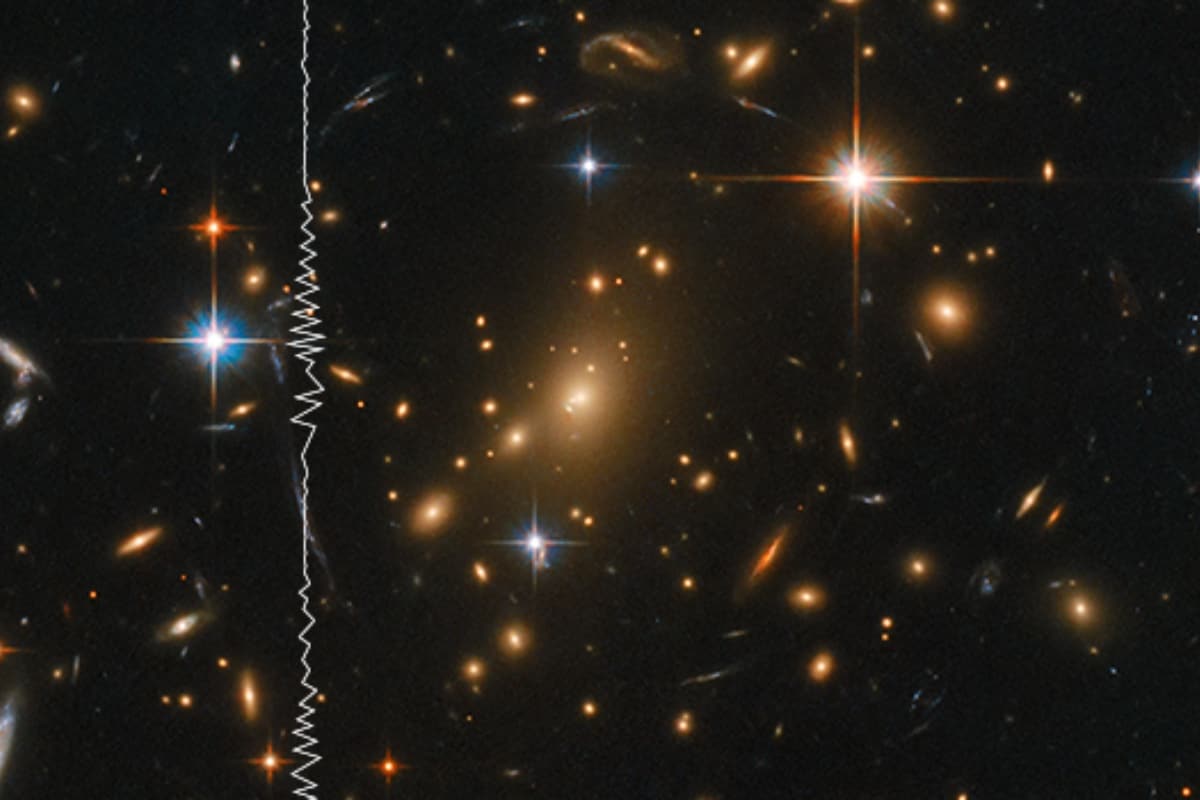 NASA’s Hubble Space Telescope has been giving up glimpses of some of the most inters testing events and celestial bodies. Over the years, Hubble has captured some of the most amazing views of the universe which have helped scientists study and understand the many intriguing events that happened far, far away from us. While these images are pleasing to eyes, they can also be experienced by other senses as well. For instance, we can “listen” to these images through data sonification. This is, especially, for those who are blind or visually impaired.

NASA has shared an Instagram post that shows the journey of the universe using data sonification. The audio, here, signifies the distance of each galaxy, NASA said. The sonification of the 2014 Hubble Ultra Deep Field plays a single note for each galaxy and the later the note plays in this musical piece, the farther away the galaxy is.

In about a minute, the post enables us to hear and watch back nearly 13 billion years to the farthest galaxies. The light from those galaxies was emitted when the universe was only a few hundred-million-year-old, NASA added.

While no sound can travel in space, sonification can allow us to visualise and conceptualise spatial data in terms of music. This is helpful to those who cannot see. With this, members of the visually impaired communities are able to “listen” to astronomical images and explore the vast universe.

The Hubble space telescope, launched in 1990, has been working for the past 30 years. NASA has already placed its successor — the James Webb Space Telescope — in space and it should start operation in a few months.