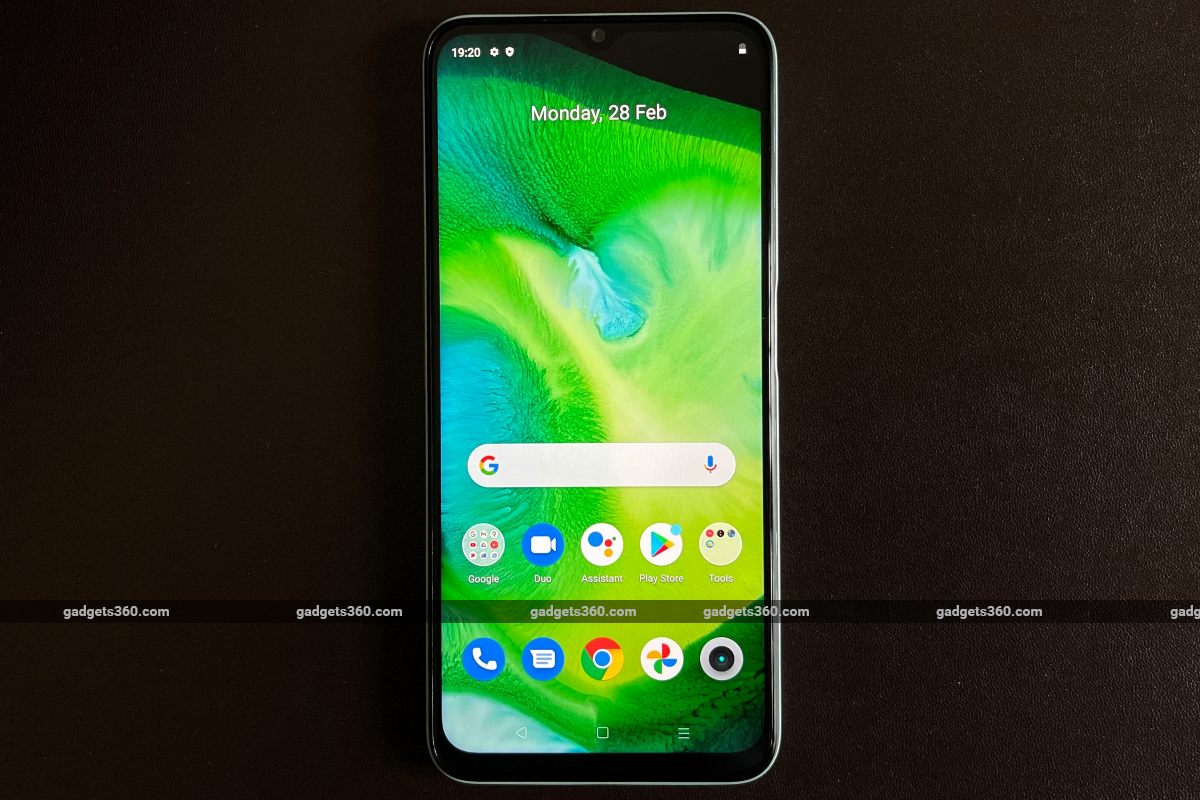 Realme C35 was launched in India on Monday as the company’s latest budget model. The Realme phone comes with triple rear cameras that include a flagship-grade 50-megapixel primary sensor, full-HD+ display, and an octa-core Unisoc SoC. The Realme C35 also comes in two distinct variants, with up to 128GB of onboard storage. The smartphone includes a side-mounted fingerprint sensor and a 5,000mAh battery. The Realme C35 is the successor to Realme C25 that was launched in India in April last year. The phone will compete against the likes of the Redmi 10 Prime, Moto E40, and the Samsung Galaxy M12.

Realme C35 price in India starts at Rs. 11,999 for the base 4GB RAM + 64GB storage variant. The phone also comes in a 4GB + 128GB model that is priced at Rs. 12,999. The Realme C35 comes in Glowing Black and Glowing Green colours and will be available for purchase starting 12pm (noon), March 12. It will go on sale via Flipkart, Realme.com, and retail outlets in the country.

The dual-SIM (Nano) Realme C35 runs on Android 11 with Realme UI R Edition on top and features a 6.6-inch full-HD+ (1,080×2,408 pixels) display with a 90.7 percent screen-to-body ratio. Under the hood, the phone has an octa-core Unisoc T616 SoC, along with 4GB of LPDDR4X RAM as standard. The triple rear camera setup on Realme C35 houses the same 50-megapixel primary sensor that is available on the Realme GT 2, along with an f/1.8 lens. The camera setup also includes a 2-megapixel macro shooter with an f/2.4 aperture and a monochrome (black and white) sensor with an f/2.8 lens.

Realme C35 comes with a 50-megapixel primary camera at the back
Photo Credit: Gadgets 360/ Sheldon Pinto

For selfies and video chats, the Realme C35 carries an 8-megapixel Sony IMX355 selfie camera sensor at the front, with an f/2.0 lens.

On the storage front, the Realme C35 comes with up to 128GB of onboard UFS 2.2 storage that supports expansion via a microSD card of up to 256GB. Connectivity options include 4G LTE, dual-band Wi-Fi, Bluetooth v5.0, GPS/ A-GPS, USB Type-C, and a 3.5mm headphone jack. Sensors on board include an accelerometer, ambient light, magnetometer, and a proximity sensor. The phone also comes with the side-mounted fingerprint sensor.

Realme India CEO Madhav Sheth joins Orbital, the Gadgets 360 podcast for an exclusive wide-ranging interview, as he talks about the 5G push, Make in India, Realme GT series and Book Slim, and how stores can improve their standing. Orbital is available on Spotify, Gaana, JioSaavn, Google Podcasts, Apple Podcasts, Amazon Music and wherever you get your podcasts.
Affiliate links may be automatically generated – see our ethics statement for details.