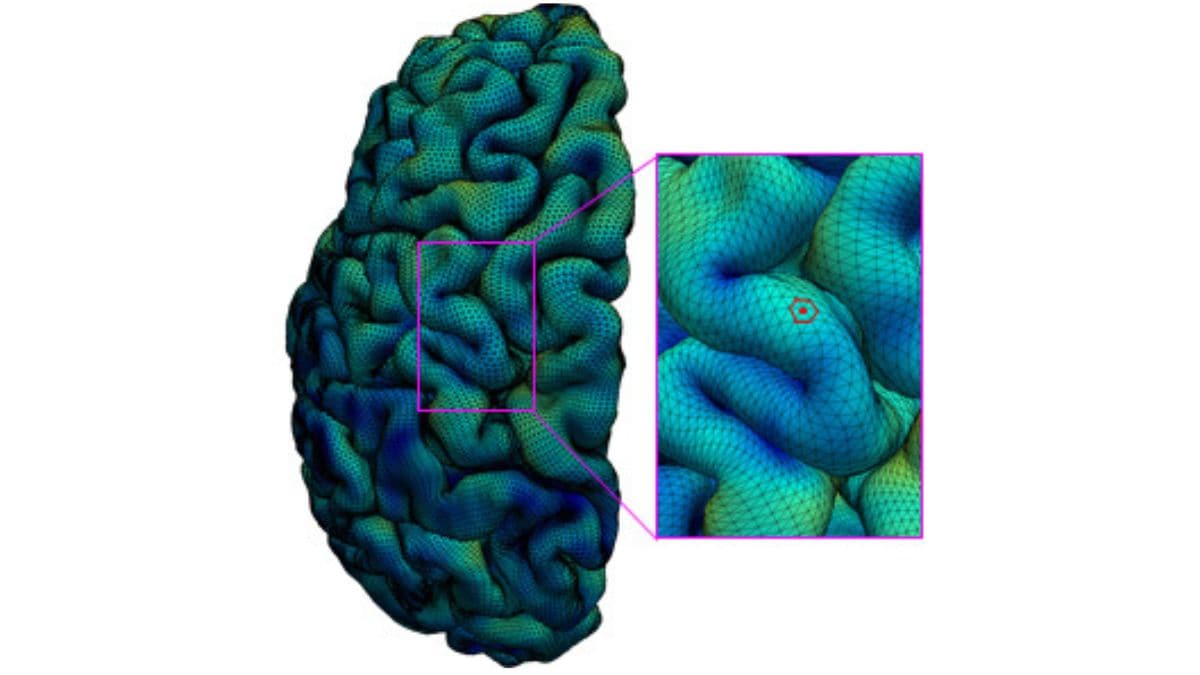 Scientists have successfully mapped the surface of the cerebral cortex of the young human brain in impressively high resolution. The mapping, done using high-quality magnetic resonance imaging (MRI) data, showed development in the key regions of the brain from two months before an individual’s birth to two months after it. Researchers believe that this achievement will likely aid future research on brain development and may serve as a new approach for studying brain development conditions like autism and schizophrenia. Cerebral cortex is a sheet of brain cells that wraps around the brain and is the most evolutionary and advanced region of the brain. It is larger in humans than any other mammal and is responsible for functions like language abilities, and abstract reasoning.

From the third trimester of pregnancy to the first two years of life, dynamic cortical development is witnessed. The cortex tends to get thick in this period and grows rapidly in terms of surface area by forming complex cortical folds. Researchers have linked disruptions in this cortical thickening and expansion to schizophrenia and autism. But, due to the lack of high-resolution mapping of this period, scientists have failed to gain a deeper understanding of this developmental stage in the fetal-to-toddler age range.

In the new study, researchers from the University of North Carolina Health Care collected a set of 1,037 high-quality MRIs of infants from the third trimester to the two years age interval. The scan data was then analysed by the team using computer-based image processing methods. With this, they divided the cortical surface into a virtual mesh having tiny circular areas and measured the surface expansion rate for each of these areas.

The team was able to define 18 distinct regions and found that they correlated well with their existing knowledge of the cortex’s functional organs. “All these regions show dramatic expansion in surface area during this developmental window, with each region having a distinct trajectory,” said Gang Li, PhD, associate professor of radiology at the UNC School of Medicine. Li is the senior author of the study published in Proceedings of the National Academy of Sciences.

The map revealed that each region of the cortex had the same developmental path as its counterpart in the opposite hemisphere. In addition, the team could also spot sex differences in the development. As per Li, the mapping has given a new insight into the brain development.

Now, the team is aiming to cast the net wider and use the approach to study scan datasets of children with autism or other neurodevelopmental conditions.